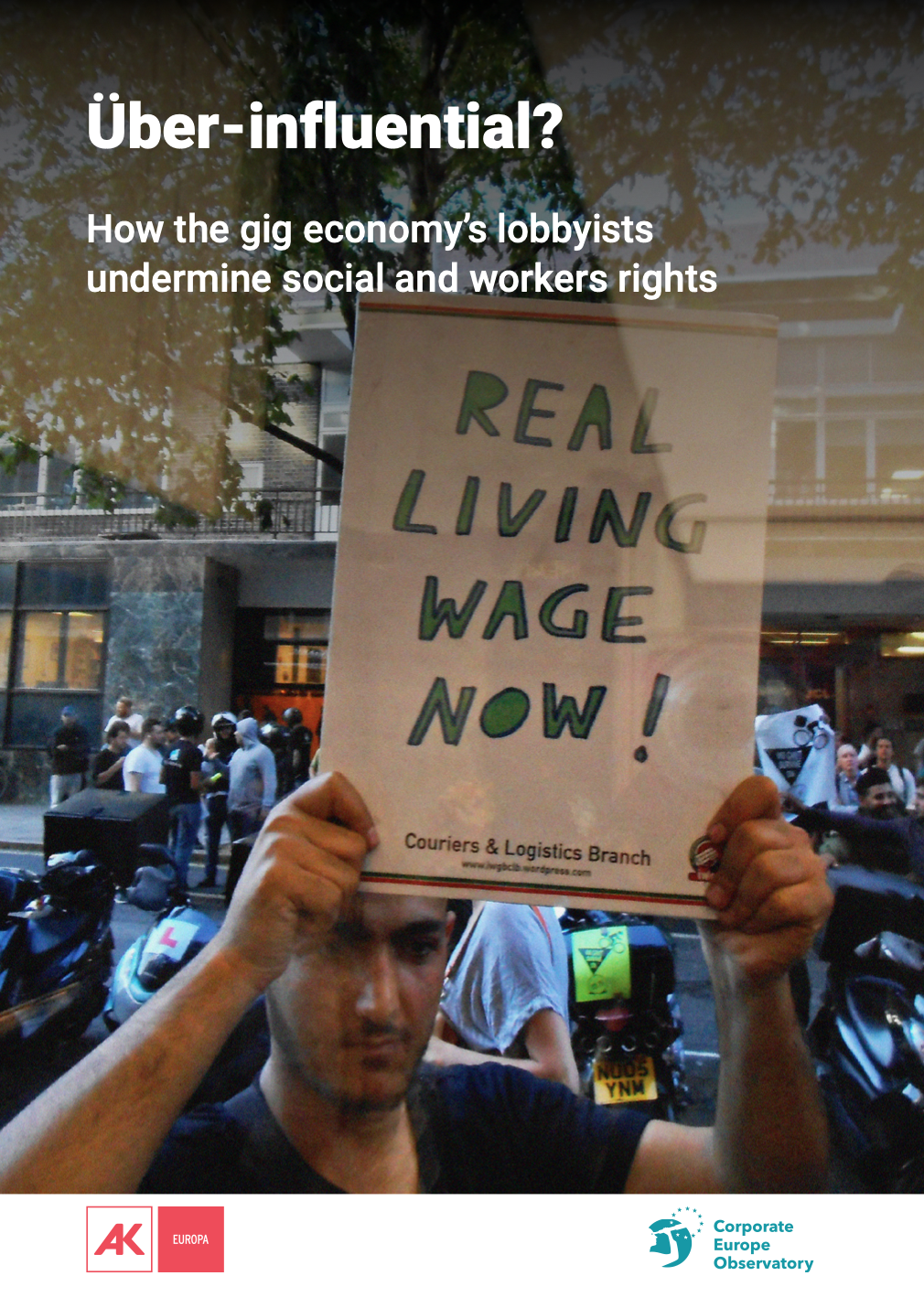 The Sharing Cities Action collaborates with the Corporate European Observatory (CEO), a research and campaign group working to expose and challenge the perceived access and influence enjoyed by corporations and their lobby groups in EU policy making.

In September 2019, the CEO launched a new report on Platforms’ lobbying in Europe: “Über-influential? How the Gig Economy’s Lobbyists undermine Social and Workers Rights”. As gig economy companies are spending more than ever on lobbying the EU, the study shows how the platforms like Uber and AirBnB are fighting the regulation of their sector in Europe. “Über Influential” reveals lobbying tactics of the billion-dollar corporations, whose business depends on the exemption from social and workers’ rights laws, as well as the tax rules that apply to their analogue competitors.

Another report to have a look at is “UnFairbnb. How online rental platforms use the EU to defeat cities’ affordable housing measures” (May 2018). Key insights have been presented in the Sharing Cities Encounter 2019 by Kenneth Haar from the CEO through a brief video recorded for the cities’ meeting.