Read the newest reports and outcomes

3 days of intense work on the future of cities

In response to the Declaration of Sharing Cities, the Sharing Cities Task Force has undertaken to foster collaboration among cities so that together they can implement real action plans that help to tackle the challenges and leverage the opportunities of the platform economy. The aims include creating a global network of cities that work hand in hand to ensure city sovereignty; promoting socioeconomic development; collaborating in regulation negotiations and negotiations with platforms; and adapting and defending labour and digital rights, public innovation, specific criteria for platform differentiation and the promotion of platforms with a positive impact. Visit the Sharing Cities Task Force section for an overview of everything being done and to learn how your city can join! 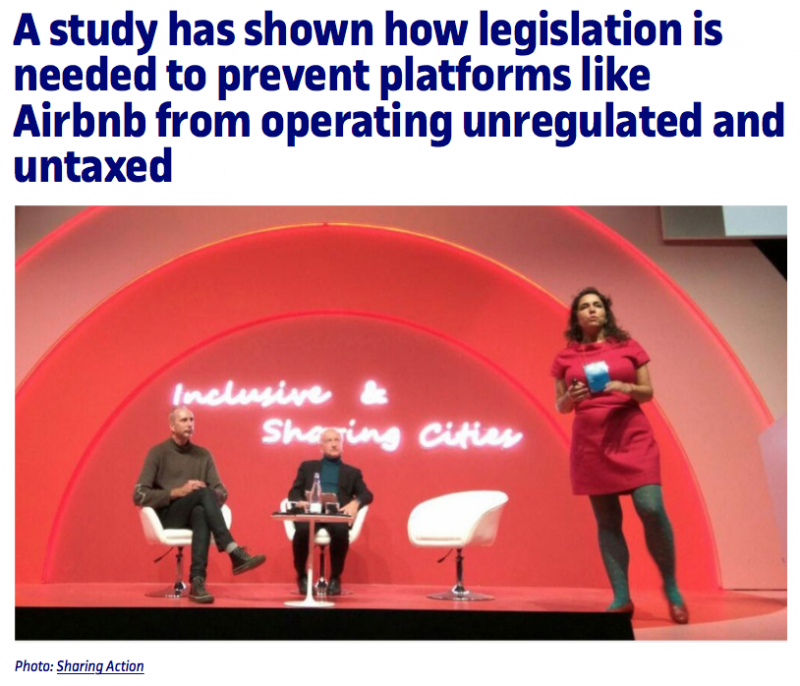